skip to main | skip to sidebar

This entry goes for the best movie ever made :) . The love of cheese does can one to places.

I saw this movie thrice and every time I watch it ... there is sth new to learn for sure. In mostly all situations I face, I can apply the dialouges. Its the beauty of how we see our dreams that make each day worth it all.

Its been just a few months now, but seems a long time. One of my collegues introduced me to a friend of hers who went for morning walks. For me, more than the walk, it seemed like a great incentive to get out of the bed early and moreover to try something new. Seriously, for everytime I have been out of my bed early in the morning ... I have had friends to thank for it.

It turned out a pretty "simple" deal. They had a group which met at 6:15 am near my home. Some of them walked whereas the others ran. I started twitching into the schedule with waking up at 5:30, and everytime I did it ... it didn't seem like the initial "simple" deal. But, now I am over it. Thanks to the S.O.S team of my parents, friends and the alarm clock.

On the first day I met the group there were 8 more ppl. Well, to my surprise most of them ran instead of walking and they ran marathons and races. I was like OMG !!!, I dont think its even going to be physically possible for me to run that long. The group ran 4.5 miles every Tuesday and Thursday. I somehow ditched the thought of walking and thought about running. There on, I started reading about running and ended up learning about the different patterns of running, how the team does distance running and improving my stamina. 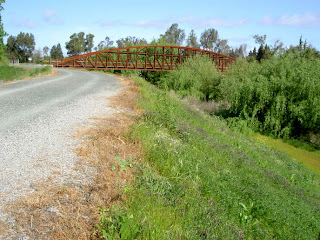 I started off with 1-1's and now I have improved to 4-1's. I read about the heart rates and how they improve the running stamina. I now also have a good idea of how to prevent the common injuries caused in runners. In the beginning my pace was 15 mins per mile. My goal was to be able to stabilize my pace for the entire 4.5 miles. We run at a trail near my home. It streches, 6 miles being divided as 4.2 and 2.7 on the either side of Montague Expwy. Trust me , the side effect was not only the feeling of exhaust ... but, how hungry I had started feeling. It was like I could eat every 2 hours. 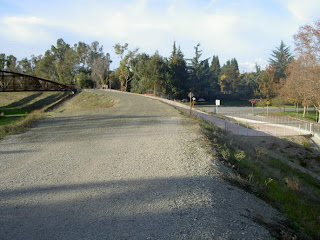 With months past now, I now know what a runner's high is. I now am a part of 2 groups. One runs during the weekdays whereas the other is in preparation for a marathon around the end of the year. My pace has improved to 9.28 minutes/mile, which has been my best so far. I will keep improving in my small way.

I seem to have discovered another side of me and now am preparing for a half marathon by the end of the year. I seriously, never felt I would understand why people ran a marathon or what it meant to complete the 26 miles of run. But, now I feel, marathons are a feeling of joy which comes when we realise the desire and cause are far above the physical limitations.

Physically we are limitless, we only need the desire ... and marathons are a proof of it.

Labels: Life in the runners lane ...

I guess we all have days in our life that just pass by ... just wating or thinking something. Its a strange feeling ... but, alas everything passes by :)
Posted by Kajal at 11:17 AM 3 comments:

Well, its been quite a deal for me to start off with my blog. Its my attempt to put front my thoughts, observations, passions n daily upside-down inferences out to read. I hope it will be creative n fun to read through my thoughts as I continue improving my creativity and writing articles.

So, do once in a while stop by my blog and read on.

Kajal
A software engineer, living in the bay area ... slogging and discovering myself day by day !